Celebrating With the Community 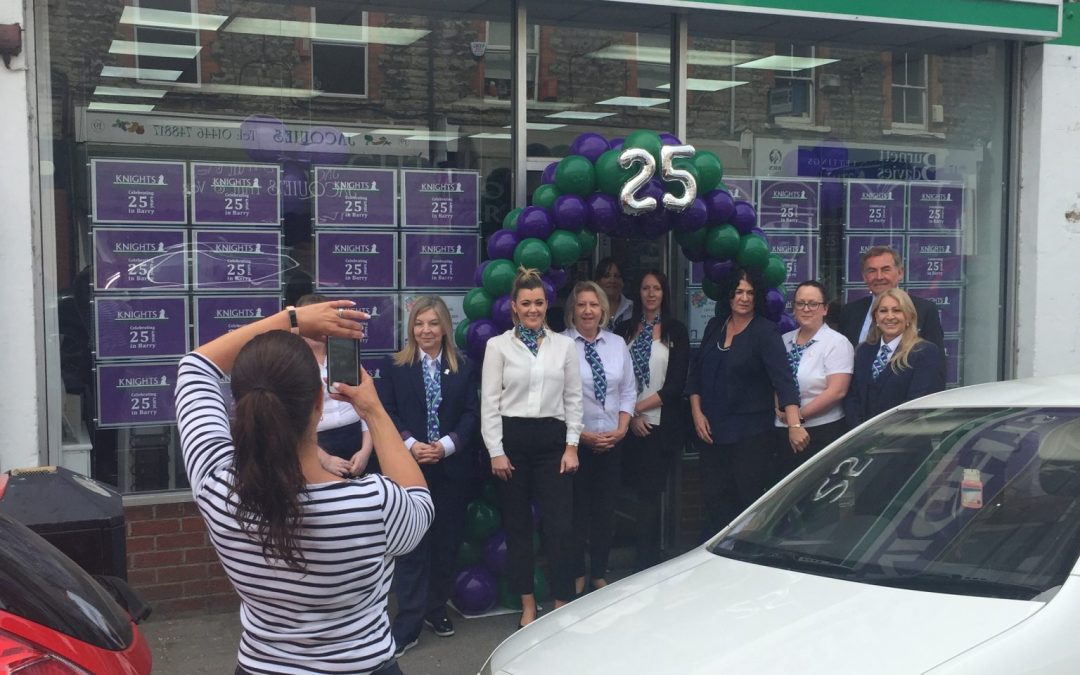 On  Thursday sixteenth May politicians, shop owners, and local residents came together to celebrate the twenty fifth anniversary of Knights Estate Agents.

The company, which has been a constant feature on High Street in Barry for the last two and a half decades, held a coffee morning to celebrate the milestone.

Guests were welcomed into the event at the Knights Sales office beneath a celebratory display created by Dr Bob’s Balloons, and once inside they enjoyed complimentary tea, coffee and cake. The event also raised £134 for the Marie Curie Cardiff and Vale Hospice via a raffle, which included prizes donated by many of the High Street Traders.

Among those at the celebration were Councillors Julie Aviet, who said “It’s a fantastic event” and Councillor Jack Hawkins who said “I bought a bunglow from Knights about 3 or 4 years ago. Its good what they’re doing here”.

Local AM Jane Hutt was unable to attend in person but sent a representative in her place, along with a card congratulating Knights on 25 years in Barry.

Managing Director, Carey Jones, said “I must admit, 25 years ago I was just hoping to survive and do well for a couple of years, the fact its been 25 years is remarkable and I really am looking forward to the future”.

He went on to thank the local community for all their support over the years and commented on the huge attendance at the anniversary coffee morning “We’ve had such a good response” he said, “everyone has relaxed and it’s great to see people chatting to other clients and customers. Its really, really enjoyable”.

We use cookies to ensure that we give you the best experience on our website. If you continue to use this site we will assume that you are happy with it.Accept CookiesPrivacy policy